Shang-Chi and the Legend of the Ten Rings Featured 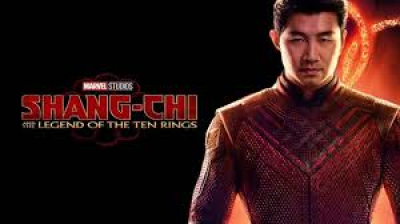 Wenwu (Tony Chiu-Wai Leung) is the dominant figure in this opening of the story, the man of many wars, the head of his own army and the keeper of the ten rings that give him the ultimate power to conquer all. That is except for when he meets his match Jiang Li (Fala Chen) a beautiful woman of the trees that alone has incredible powers. It was not war that carried on but rather a marriage and eventually two children, a young boy Shang-Chi and his little sister Xialing. Their mother comforted them with a piece of identical jewelry they wore around their neck stating that no matter where they are she will always be with them. When their mother died their father became enraged with pain and took it out on young Shang-Chi. Later the boy now a man left his father and sister and moved to the U.S. with the hopes of fitting in.

Shaun aka Shang-Chi (Simu Liu) and his best friend of 10 years Katy (Awkwafina) work together valeting cars at a local establishment in California. A job they both loved equally that is until some of his father’s warriors seek Shang-Chi out and the jewel he wears around his next. Lots of action later and a very surprised Katy by her friends fighting skills they both end up looking for his sister afraid she would be in danger of their father as well. Yet when the three come together so does their father and soon they all end up back in China where Wenwu thinks his wife is still alive. Yet in a journey to find Jiang-Li and a fight against her sister Ying Nan (Michelle Yeoh) what Wenwu does is releases the beast the wreaks death and havoc on the village. In a fight to the end some live some die but questions are answered for all. That is until the next film comes out so make sure you stay through the entire credits to find out what the future holds.

I absolutely enjoyed the story and the brilliant work by the director but I would have tuned into the story more if it were 20 minutes shorter. In the dialogue of the film, you kind of get a bit tired as it flashes back to the past and present but I must say the writers were a bit funny in some ways that they told the story by the characters. The cinematography is superb as are the special effects and the score all bringing a brilliant picture to the loving audience of Marvel.

The cast was smart and perfect for their roles. Liu is the perfect super-hero with good looks, a nice body and both stern and humorous personality. It is Awkwafina though that brings the true levity to the story sometimes missing her mark but still quite enjoyable. Chiu-Wai Leung who I thought would fade quickly ends up being the bad guy from start to finish but Chen’s role although well down is cut short. Zhang is quite the supporting character and a woman of force but I wasn’t a fan of the haircut, sorry! I love Yeoh who plays the aunt she always seems to have great control in her acting abilities. The rest of the cast are all superb in their roles as are some of the cameo appearances by some well-known faces. There are some strange animal creatures in the film but other than fighting in battle I can’t say they were any more or less treated good or bad as the humans in the story.

More in this category: « Candyman The Last Duel »
back to top

We have 328 guests and no members online