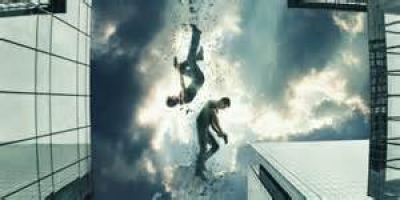 Jeanine (Kate Winslet) is the leader of a city within the walls and her job is to keep peace yet by doing so she has waged a war against what she calls the threat against peace that being the Divergents. Tris (Shailene Woodley) is a true divergent who happens to be in love with Four also known to many as Tabias (Theo James), Tris suffers from constant nightmares about the death of her parents Andrew (Tony Goldwyn) and Natalie (Ashley Judd) as well as her friend Will (Ben Lloyd-Hughes) but she still has her brother Caleb (Ansel Elgort) by her side. At least for now! Tris and the others try to take up sanctuary at Amity which is run by Johanna (Octavia Spencer) but when every man for him or herself takes over the happy life comes to an end.

A train ride later, confrontations that threaten their lives Four aka Tabias is soon reunited with someone thought dead, Evelyn (Naomi Watts), who seeks to create an army against Jeanine and her allegiance possibly due to revenge. It is not until Tris and Tabias end up at Candor and confront the truth under the rule of Jack Kang (Daniel Dae Kim) does the truth set them free.

Jeanine is looking for the right Divergent in order to open the box which contains a message from the founders. All of the Divergents so far have not been able to live through the procedure but Eric (Jai Courtney) and Max (Mekhi Phifer) discover a Divergent at 100% and Jeanine will stop at nothing to get her. With Peter (Miles Teller) on her side Jeanine knows she will get what she wants which ultimately could lead to war. It’s not until Tris ends up fighting her deadly self does the truth really come out about Jeanine, the wall and the true value of the Divergents in society. After over 200 years of hope who knows what’s out beyond the wall. For some they will never know!

I truly enjoyed this film more than the first. I thought the direction, writing, cinematography, was much better and clearer to comprehend even though there are a few twist and turns that help to keep the story interesting. A nice score with some brilliant special effects and this film has something for everyone, thrills, battles, love, romance, death and drama.

Woodley has really grown into the role in this sequel more so than the first film. James has become more likeable which only enhances the relationship with Woodley’s character. Elgort is a bit annoying and unimportant for the most part while Teller adds a bit of humor and intrigue to his back stabbing alter-ego. Winslet is authoritative yet her screams took me back to her character in “Titanic”. Courtney, Phifer, Spencer and Judd had supporting smaller roles but were all important to the story and were superb as were several of the even smaller roles like Kravitz. Overall I really enjoyed Insurgent and would honestly recommend seeing it on the big screen. With three paws out of four, I’m Jon Patch.

More in this category: « Cinderella Get Hard »
back to top

We have 120 guests and no members online