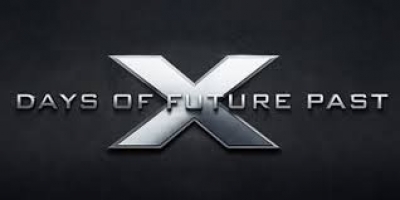 The story opens to New York City, not the bustling and entertaining city one would know but rather a dark and desolate world at war. The question to ponder is whether or not the future is truly set?

In Moscow a deadly fight is occurring between some of the younger mutants and sentinels which were created to kill all mutants. In China the young meet the old mutants, Kitty Pryde (Ellen Page), Bishop (Omar Sy) and the other younger mutants meet with Logan (Hugh Jackman), Professor X (Patrick Stewart), Magneto (Ian McKellen) and Storm (Halle Berry) to devise a plan to stop the creation of the sentinels before they destroy the entire mutant population. After learning that the reason for the creation of the sentinels by Dr. Bolivar Trask (Peter Dinklage) who used the blood of Mystique (Jennifer Lawrence) the mutants now know they must send someone back decades in time to the year 1973 to stop Mystique from causing a huge wrong in the human society.

Who better to travel back in time other than Logan aka Wolverine and when he gets there he is soon greeted by some not so friendly people as he awakens from bed. By the way ladies you will enjoy this morning scene; Jackman has been working out, apparently doing many squats in the gym. Just saying! Mystique in the meantime is making her rounds as she rescues some mutants in Saigon. Meanwhile meeting Charles Xavier (James McAvoy) and Hank aka Beast (Nicholas Hoult) at the Xavier School in 1973 is Logan with a goal to stop Raven aka Mystique before its too late. You see Professor X and Magneto sent Logan back to meet their younger selves but one major problem is that Erik Lehnsherr (Michael Fassbender) is in a high security prison located in the Pentagon and they enlist the help of Peter aka Quicksilver (Evan Peters) to break him out. There are some very hysterical and phenomenal scenes involving this prison break thanks to the character Peter and his fast skills.

The President of the USA has made a speech to Americans that the world will never be the same again. Erik who can move metal has now moved a ballpark to make a point to the human population along with the help of some very tall robots. In China the older mutants are at war with the sentinels some occurring in the past and some in the future. So much for being a survivor! The humans are at war with Erik and Mystique making it known they are afraid of something different and the gifts that the mutants are born with at birth. Yet in the end they realize that a new tomorrow must start with today. So in the end its school days once again as something’s never change. Today’s lesson is History in the year 1973 but for some it may be a slightly different story than what their books outline. Make sure you stay past the credits for a look into the future although the future is never really set! Or is it?

I absolutely loved this film from beginning to end. Great direction, superb writing which contains a wonderful story line that helps to incorporate the young and old mutants all set to some outstanding music and special effects in 3D. Even though it has a huge budget it is sure to do well at the box office due to a great word of mouth and I’m sure rave reviews. The only issue may be the die-hard fans to X Men since they may be a bit unhappy with some of the story line.

Jackman is awesome and looking great. Lawrence is spot on from beginning to end. Can this girl do no wrong lately? Stewart, McKellen, Berry and Dinklage are phenomenal but it is the younger mutants that truly kick into action, Page, McAvoy, Fassbender, Hoult, Paquin, Ashmore, Sy, Peters and others are brilliant in this well-constructed story that is a must see by all and in my opinion probably one of the best X Men stories and one that flows well and makes sense whether you’re a fan or not. Overall I enjoy these films but this new story has made me a fan. Written and enjoyed from beginning to end with three and half paws out of four I’m Jon Patch.

More in this category: « Blended Chef »
back to top

We have 106 guests and no members online