Nothing to Be Spooked About; Bats Play an Important Role in Ecology and Need Help Featured 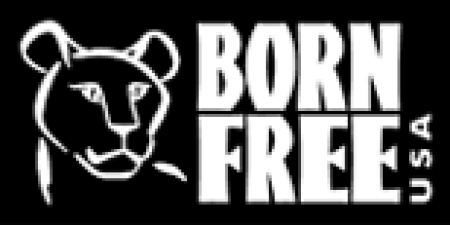 Washington, D.C., October 8, 2012-- This year is the “International Year of the Bat,” one of the most misunderstood wildlife species and, with Halloween just weeks away, their reputation often suffers this time of year.

Born Free USA, a leader in wildlife conservation and animal welfare, is working to stop the rapid decline in bat populations. “Humans can help bats by dispelling the myths that cause needless harm to and fear about them,” says Monica Engebretson, Senior Program Associate for Born Free USA. “They are actually vitally important to ecosystems and agriculture.”

According to Adam Roberts, Executive Vice President of Born Free USA, “Bats are extremely valuable to our country’s agriculture due to the incredible number of insects these small animals consume and many homeowners encourage bats to roost near their homes by installing specially designed bat houses to reap the insect control benefits that bats provide.”

Bats may choose to roost in exterior building walls or attics and may raise their young in these spaces. If building or homeowners are unable to accommodate the bats, it is a widely accepted best practice to humanely exclude bats from unwanted roosting areas after they have finished raising young and when they are not hibernating. Blocking access to a human occupied interior area of a building is a simple and effective method to prevent contact with bats during this time.

Roberts explains, “Individuals can help offset the threats faced by bats and reap the benefits of having bats around by becoming “bat smart.”

Born Free USA is a nationally recognized leader in animal welfare and wildlife conservation. Through litigation, legislation and public education, Born Free USA leads vital campaigns against animals in entertainment, exotic “pets,” trapping and fur, and the destructive international wildlife trade. Born Free USA brings to the United States the message of “compassionate conservation” — the vision of the United Kingdom-based Born Free Foundation, established in 1984 by Bill Travers and Virginia McKenna, stars of the iconic film “Born Free,” along with their son Will Travers, now chief executive officer of both organizations. Born Free’s mission is to end suffering of wild animals in captivity, conserve threatened and endangered species, and encourage compassionate conservation globally.

More in this category: « Screwed - The Truth Revealed on DVD coming soon from Inception Media Group Cagney & Lacey: The Complete Series coming soon on DVD »
back to top

We have 472 guests and no members online