Barbara J. King author of "Animals' Best Friends: Putting Compassion to Work for Animals in Captivity and in the Wild" will join Jon and Talkin' Pets 7/17/21 at 5pm ET to discuss and give away her book as well as discuss her upcoming FB Live chat 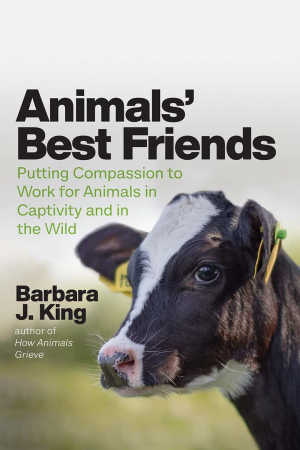 (Jan. 15, 2013)—The Humane Society of the United States, the nation’s largest animal protection organization, has released its fourth annual “Humane State Ranking” report, a comprehensive analysis of animal protection laws in all 50 states and Washington, D.C. The HSUS graded states on the strength of a wide range of animal protection laws, including public policies dealing with animal cruelty and fighting, pets, wildlife, equines, animals in research, and farm animals.

California earned first place for the fourth year in a row, while South Dakota remained in last place. Ohio was the most improved state, leaping ahead in the ranks by passing laws regulating puppy mills and the private possession of dangerous wild animals. To see the complete 2012 Humane State Rankings, click here.

“Members of The Humane Society of the United States want to know what their state lawmakers are doing to improve animal welfare. Our Humane State Ranking report demonstrates which states are falling behind important protections for animals, and which states are leading in the effort to create a more humane and civil society,” said Wayne Pacelle, president and CEO of The HSUS. “Ohio made great progress, but the Dakotas are lagging badly and are clearly out of step with so much of the rest of the country when it comes to animal welfare policies. Animal protection matters to Americans, and our laws must line up with our values.”

South Dakota and North Dakota received especially low marks in part because they are the only two states in the country with no felony-level penalties for malicious acts of animal cruelty. North Dakota could have pulled ahead this year, but voters rejected a ballot measure to increase penalties for egregious acts of animal cruelty on the November 2012 ballot, keeping the state squarely at the bottom of the list.

In 2012, The HSUS helped pass 74 new laws and regulations to protect animals and helped to defeat more than 100 harmful measures.

We have 367 guests and no members online