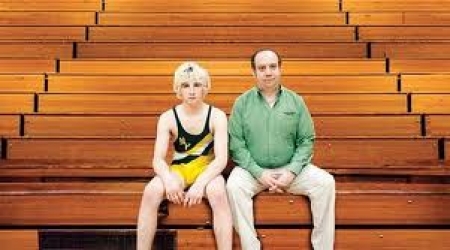 "There's nothing more fun than talking pets... unless it's talkin' pets with Jon Patch" - Betty White

Betty White, the 'IT" girl of 2010 has always been our girl of Talkin' Pets She always stops by to chat and fill us in on the latest besides the fact that Betty and Jon have a little love affair going on she is always busy in the movie, television, print and animal world.

She has a new movie coming out soon with Jamie Lee Curtis and Sigourney Weaver, her show "Hot In Cleveland" is a huge success for table.MsoNormalTable { font-size: 11pt; font-family: "Calibri","sans-serif"; } TVLand, she has been a guest on many other shows and constantly makes special appearances everywhere from the Teen Choice Awards to SNL which by the way earned her a much deserved Emmy.

But the love of all for Betty is talking about the animals in the world, from her dog, Pontiac, to all the years of working with the LA Zoo and The Morris Animal Foundation.  At 88 Betty is truly one Golden Girl and we love her for all that she does... 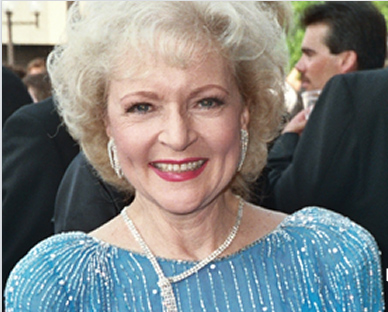 Although she turned 90 in January, 2012, it won’t slow down comedy legend Betty White, one of the funniest and busiest actresses in Hollywood. With a career that has spanned more than 60 years, the seven-time Emmy Award winner has created unforgettable roles in television and film, authored seven books and won numerous awards, including those for her lifelong work for animal welfare.

Dogs For The Blind

Dogs For The Deaf

Stanley Coren - “The Intelligence Of Dogs”

Mike & Dakota - Angel By My Side

The story of a man and his Ground Zero search and rescue dog.

It’s the turn of male jocks to find fame and fortune – or just fame – on “Live with Regis & Kelly.”

This year’s highly-successful competition among radio’s female personalities to find vacation fill-ins for Kelly Ripa produces the natural followup – Kelly needs a guy beside her when Regis Philbin takes off. So it’s time for the "Men of Radio Co-Host for a Day Search 2011." But don’t wait for 2011 – the syndicated daytime TV show began accepting nominations on Monday and the last day is Friday, December 10. Any Regis & Kelly viewer can nominate a radio personality, and he or she could win "a Krups home appliance gift package valued at $500." The application form asks for the jock's name, call letters, city and state, and preferably a web address or link to a picture, bio, etc. Finalists will be chosen by the show and presented for online voting. That happens January 10-16. Nominate Jon Patch at www.liveregisandkelly.com

Thanks everyone for your support ... I look forward to representing the animal lovers in the country... Happy Holidays - Truly, Jon Patch

There are 97 days left in the year.

400,000 Bali street dogs to be saved in rabies control project

(Denpasar, Bali, 21 September 2010)  - Thousands of dogs may be spared death from strychnine poisoning as a revolutionary island-wide rabies vaccination program was given official approval by the Government of Bali today.

“This program will save hundreds of thousands of lives—both dogs and humans,” said Kate Atema, IFAW Director of Companion Animals Programs.

IFAW is supporting the initiative which is being led by the World Society for the Protection of Animals (WSPA), working with the Bali Animal Welfare Association (BAWA) and also using the expertise of IFAW’s Bali-based team, Indonesian Animal Welfare (InAW).

“No longer will dogs be randomly killed following an outbreak of rabies,” said Atema. “This is a vital first step towards eliminating the disease from Bali by 2012. The government should be commended for embracing vaccination as a more effective and humane approach to controlling rabies.”

In order to control rabies across the island, the vaccination program must roll out rapidly. The program aims to vaccinate at least 70% of the island’s dogs within six months by simultaneously deploying up to 12 teams of 8 to 10 expert animal handlers, veterinarians and educators.

Bali, which was considered rabies-free until an outbreak of the disease in 2008, has a large unvaccinated roaming dog population which can spread the disease quickly. Humans can contract the disease from a bite by an infected dog, and infection is nearly 100% fatal if not treated immediately. The rapid spread of rabies has caused the death of hundreds of Balinese and led to widespread fear and indiscriminate dog killing.

“Culling dogs does not eliminate rabies in the long-term,” said Atema. “The only recognized strategy for the elimination of rabies, according to the WHO (World Health Organization) is a comprehensive vaccination program coupled with public education.”

The project has been made possible by a generous donation of nearly all the necessary rabies vaccines from AusAid (the Australian Government’s overseas aid program). IFAW has committed a significant financial contribution to this project. WSPA/BAWA and the Balinese government are responsible for the project’s implementation, including organizing and training vaccination teams, training for local authorities, and public education.

BAWA has already completed a successful pilot vaccinaton program this year in Gianyar and Bangli. This program aims to reach more than 70 per cent of the dogs in the remaining regencies within 6 months.

·         In spite of an internationally proven strategies for rabies elimination through vaccination, culling dogs through poisoning, beating or shooting remains a common response to rabies outbreaks worldwide.  This project aims to demonstrate the effectiveness of vaccination-only programs in the humane, effective elimination of rabies in developing communities.

·         A threat to both human and animal health, rabies is a rapidly progressing, deadly disease. It is almost always spread by an animal bite but can also be spread when a rabid animal’s saliva gets directly into the eyes, nose, mouth, or broken skin. The primary sources of human infection worldwide are dogs and certain wildlife species.

·         Each year throughout the world, rabies kills approximately 50,000 people, mostly children. The risk of rabies from domestic animals is low for people in the United States and other developed countries where comprehensive rabies vaccination programs are in place. (Source: U.S. Centers for Disease Control)

·         Post-exposure vaccines for humans bitten by rabid animals in Bali are expensive and difficult to come by. Post-exposure treatment can cost up to USD $1,000, depending on body weight.. Average per capita income in Bali is USD $2,271 (2008).

·         Bali has a population of 350,000. A predominantly Hindu island, it is part of Indonesia, which is otherwise primarily Muslim. A popular tourist destination due to its sparkling beaches, it has been recently made popular through the book/film, “Eat, Pray, Love.”

Vote “Yes” on Proposition B

Springfield, Mo.—The ASPCA® (The American Society for the Prevention of Cruelty to Animals®), in conjunction with the Humane Society of Missouri (HSMO),

1781, Los Angeles was founded by Spanish settlers under the leadership of Governor Felipe de Neve.
1886, a group of Apache Indians led by Geronimo surrendered to Gen. Nelson Miles at Skeleton Canyon in Arizona.
1888, George Eastman received a patent for his roll-film box camera, and registered his trademark: "Kodak."
1951, President Harry S. Truman addressed the nation from the Japanese peace treaty conference in San Francisco in the first live, coast-to-coast television broadcast.

Bosnian authorities believe they have identified and located a girl shown in a video throwing puppies to their death in a river. Police in a central Bosnian

Automated Pet Care Products Inc., the maker of the Litter-Robot, the only automated, self-cleaning litter box product made in the U.S., today

Interested in learning training and grooming tips from the pros? Looking for a new canine family member? Or want to start competing in AKC

NEW YORK – The ASPCA® (The American Society for the Prevention of Cruelty to Animals®), at the request of the Pike County Animal Shelter in

We have 418 guests and no members online